Saturday 22nd and Sunday 23rd December 2012. Caught the train to Falmer and met the others there, including Smoth!!! The weather was awful and quite a few people dipped-out owing to bad colds. Pedantic could be forgiven as he had recently had a toenail operation. We walked through the new stadium and rapidly started the climb from the farm shop. It was raining heavily and the wind was a strong westerly, payback for the recent sunny snowy weather we`ve had over the last few walks. We stopped at the trees for mince pies and tea, Ruths special ones were very good. We slogged on through the mud to get to the pub at Rodmell and tried to dry out as best we could. We stopped at the church for the mandatory group photo and then headed off up the hill. It was really a slog to get to Alfriston and after leaving Bopeep, myself and Michael became completely lost! We eventually bumped into the others, equally as lost and we proceeded to bumble around the Downs for an hour and a half before we came to the chalk crossroads! Ian was the only one to take the correct path and his reward was an hour and a half on his own in the Singing kettle!

There was just enough dry ground at the car park to pitch the two tents. I slept really well, warm and dry inside but outside, the water had risen about 3-4 inches so we had to climb along the wooden fence to get back to the road! Cars were only just getting through the water on the main road. Jo and her girls made us a huge breakfast and we could hardly move afterwards. Ruth came and collected me, and that was the 36th year over.

This was while we were lost, we`d just bumped into Neil purely by chance! 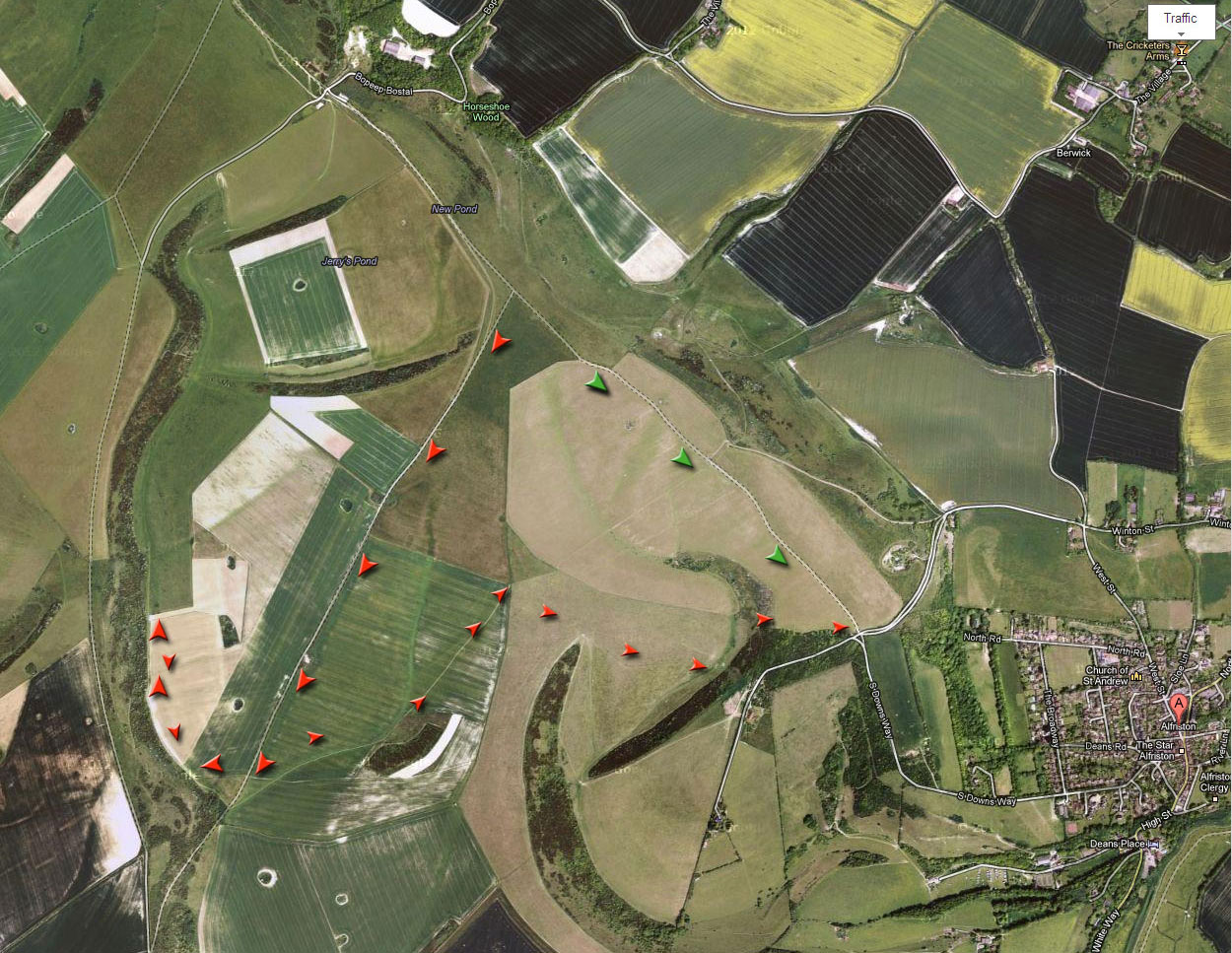