Monday 18 to Wednesday 20 December.According to my diary, the weather was good,we had lunch by Southease church and up on Firle Beacon we managed to get five people on the trig point for the first time.We stayed at the hostel and went to the Plough & Harrow in the evening.On the second day we walked along Charlston Bottom to Friston Forest and then to West Dean where we had lunch.It was back down the Plough & Harrow that evening and apparently Sensible Steve was well oiled!On the last day we were forced out of the hostel because Mick was so late in getting ready!We walked via Lullington Chapel to the Long Man where we had lunch.It was very cold and we walked onto Polegate and got a train home from the old station. 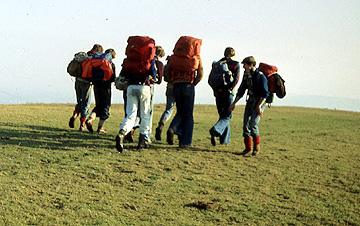 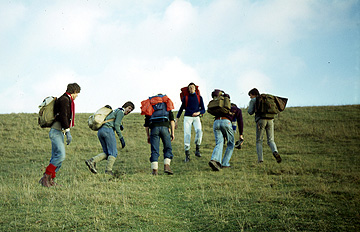 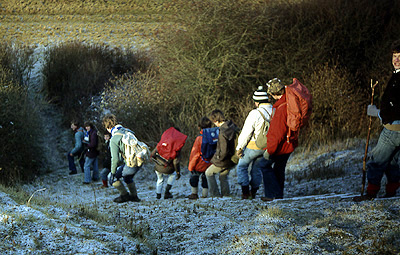 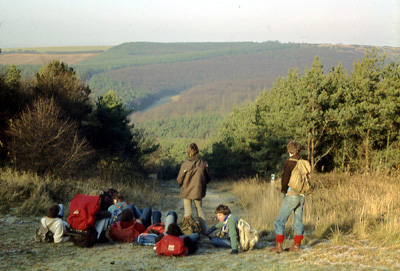 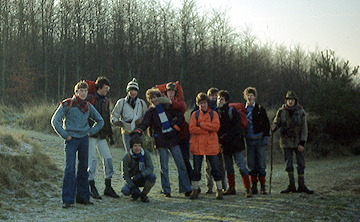 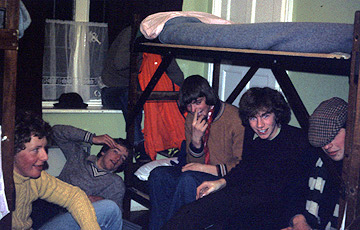